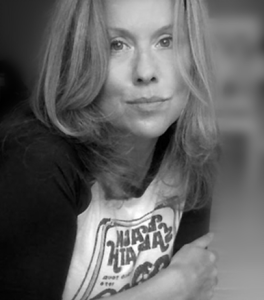 Kerry Lee Powell was born in Montreal and grew up in Antigua, Australia and the United Kingdom. Her work has appeared in The Spectator, Ambit and the Virago Press Writing Women series. In 2013, she won The Boston Review fiction contest and The Malahat Review’s Far Horizons prize for short fiction. Her debut collection of poetry, Inheritance, was published by Biblioasis Press in 2014 and was nominated for the 2015 Gerald Lampert Memorial Award. Her debut fiction collection, Willem de Kooning’s Paintbrush, was nominated for the 2016 Scotiabank Giller Prize and was shortlisted for the Governor General’s Award for Fiction, the 2016 Rogers Writers’ Trust Fiction Prize, and won the Alistair McLeod Prize for Short Fiction. Willem de Kooning’s Paintbrush was selected as a Globe and Mail Book of the Year, a National Post Book of the Year, CBC Best Books of 2016, and Quill and Quire’s Best Books of 2016. Kerry Lee is represented by Jennifer Hewson at Rogers, Coleridge and White in the United Kingdom and by Chris Bucci at Anne McDermid and Associates in Canada. She is the series editor of Grey Suit Press, a London-based visual arts archive and press funded by the Arts Council of England and The Elephant Trust. She teaches fiction at the University of Toronto School of Continuing Studies and is the current Writer-in-Residence at the University of New Brunswick. She can be contacted at kerryleepowell@gmail.com as well as at www.greysuiteditions.org

“There are certain, rare story collections that sit on the shelf as a kind of gem box rather than a book: Salinger’s Nine Stories, Flannery O’Connor’s A Good Man Is Hard to Find, Raymond Carver’s Short Cuts, Lorrie Moore’s Like Life, to name a few… Within Powell’s 15 stories, it is impossible to pick a crown jewel. Each one feels like the favourite until the next.” National Post

“This is fiction’s ‘unflinching eye’ at its most powerful, the gaze that spies out the heartbreaking cycle of human cruelty and refuses to look away.” Alissa York